Wisdom Teeth: When & Why To Remove Your Smartest Ivories

Wisdom teeth are the gasket of your mouth. You only ever hear about them when they are beginning to cause you problems. Who knows what they actually do, but when they start having problems, you are sure to know about it. According to the American Journal of Public Health, roughly 10 million wisdom teeth are removed each year, to the tune of more than $3 billion. That is a lot of pain, money, and teeth but is it really necessary?

Dentist Jay Friedman of the University of California at Los Angeles wrote in same American Journal of Public Health that approximately 67% of wisdom teeth removals are excessive. There is a train of thought that many dentists have turned wisdom teeth removal into a gold mine of unnecessary oral surgery. So where does the truth lie? Read on to find out.

To answer the question of whether removal of wisdom teeth is necessary, we must first answer why we do it in the first place. Unfortunately, dentists are like mechanics in that we really have no choice but to trust them. Wisdom teeth may need removal for any number of reasons like inflamed gums, cavities, or potential jaw damage. Perhaps your wisdoms will eventually grow into their tooth next to them. The ugly truth is, if you have a scurrilous dentist, he will be able to come up with reasons why they should be removed. That’s why it’s key to have real trust in who’s giving you oral advice. 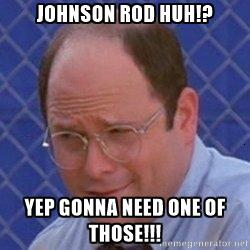 While removal of wisdom teeth is considered non-invasive surgery, that doesn’t mean there aren’t complications from time to time. According to the Journal of the Canadian Dental Association the complication rate is  between 7 and 10 percent. By complications, they mean, swelling, hemorrhaging, periodontal damage, fracturing of adjacent teeth or mandible and infection of the sinus. A few of these are significant problems and in rare cases, permanent. One tragic story ended in the death of a teenage girl during oral surgery. That is beyond rare and the dentist responsible is currently in litigation. However, that doesn’t mean oral surgery should be taken lightly.

While the evidence does weigh heavily in favor of many wisdom tooth removals being unnecessary, that doesn’t mean that all are. The British National Health Service tells its citizens that wisdom teeth don’t need to be removed, even if they’re impacted as long as the teeth aren’t causing pain. Ultimately faith in your dentist to do the right thing for your mouth and not his wallet is the crux of the debate. If you suspect your dentist doesn’t have your health as his or her number-one priority get a second opinion. If you are located near Orlando, don’t hesitate to make an appointment with the Rizzo Dental Group, where you can relax knowing the Rizzo team has your best interests at heart.